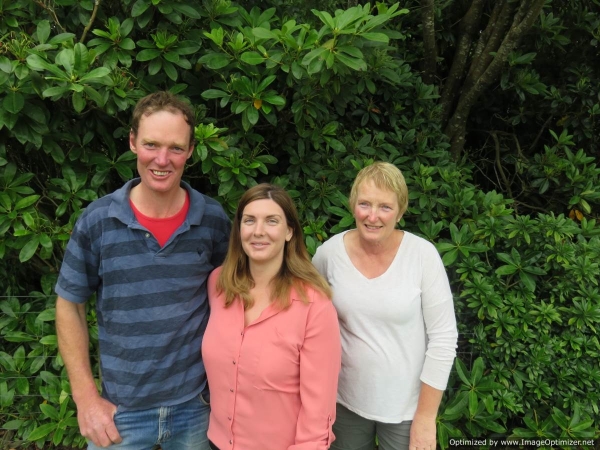 The win was announced at a gala dinner at the Ascot Park Hotel, Invercargill, on April 6.

They will host a field day on Wednesday May 10.

The Clarkes run their sheep breeding and finishing and dairy grazing business, Elgin Park Farms Ltd, on 315ha of gentle rolling to steep country in Eastern Southland, close to the western fingers of the Catlins Forest Park.

The Awards judges said it was a beautiful property being farmed exceptionally well with an outstanding progress of environmental initiatives.  They said the focus around sustainability was evident with every management decision on-farm.

“Significant fencing of waterways and critical source areas has been undertaken with riparian planting happening simultaneously. A large wetland has been established and several sediment traps have been created to capture nutrients.”

David Clarke came to the original block of what is now a 285ha (effective) property as a three-year-old with his mother Julie and father, the late Graeme, in 1984. He returned to farm it with his mother in 2009 and married Alanna soon after. The couple have two daughters, Isla, 6, and June, 4.  “We always had dreams before Dad died to do a lot of the environmental things we have now done on this place,” David says. 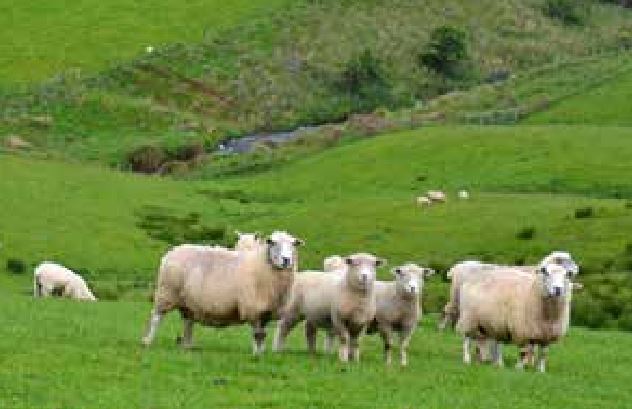 Situated on the edge of the former township of Glenham, south of Wyndham, the farm winters approximately 4300 stock units – about 70 per cent sheep. All progeny are finished and most years extra store lambs are bought in and finished. The high-performing 2200 Romney-Texel ewes achieved 162 per cent lambing (at tailing) last year. An elite flock is maintained with replacement stock kept only from those ewes.

“Intensive lambing produces very high performance and efficiency from the ewe flock, illustrating that a balance between performance and the environment can be achieved,” the judges said.

“Farming methods are well-researched and considered before implementation, with a continual drive to achieve best practice. Paddocks for winter crop are carefully selected, with direct drilling undertaken to minimise soil disturbance.  Winter crops are then grazed using industry best practise techniques to minimise the effect on the environment. David’s knowledge of soils and nutrients is excellent.”

Each year Alanna raises 30-50 lambs. Last spring she also raised 35 bull Friesian calves and shepherded the hoggets at lambing achieving 80 per cent in her first year. Approximately 80 dairy heifers and 80 dairy weaners are grazed on the farm for one of David’s younger brothers.

David completed a Diploma in Farm Management at Lincoln University and spent a number of years in the UK and Europe travelling and working.

Soon after coming home in 2009 David joined a local committee formed to establish a monitor farm under what is now the Beef + Lamb New Zealand programme.  He describes the next four years as an “intense and life-changing period” as they became the monitor farm. 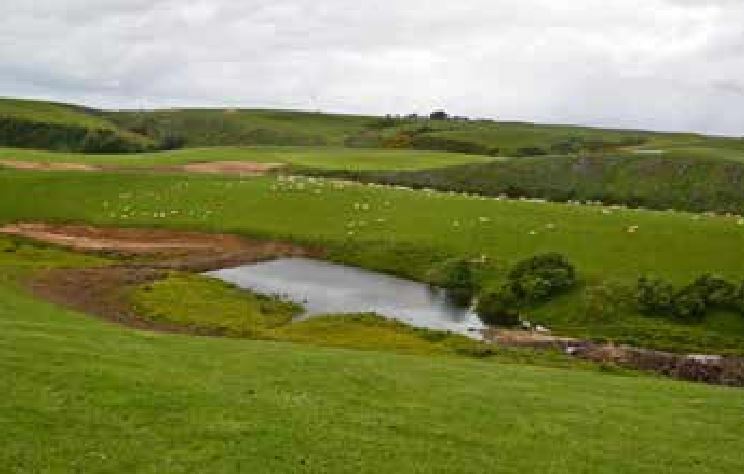 Farm consultant Deane Carson was allocated to the Clarkes whilst they were the monitor farm and continues to be involved. The couple say Deane opened their eyes to many things but most significantly, the environmental considerations ahead that would become regulated.

"We were encouraged to look at those areas in a different light and the advice was basically to crack on with it, to front-foot any regulations coming. This changed our views and shaped how we went about developing and fencing, creating buffer zones, what we planted and the importance of protecting water critical sources.”

Accordingly, at every opportunity they have future-proofed their work. For example they now have reticulated water to all paddocks, allowing them to push on and fence all waterways. An energy saving water ram is part of the system.

The Kurwai Stream runs through the farm and on into the Mataura River. The Clarkes welcome the children from nearby Glenham School for stream and other biodiversity studies.

As well as the Clarke’s three awards, six other category awards were announced at the dinner.

The Hill Laboratories Harvest Award and Beef + Lamb New Zealand Livestock Award were won by Peter and Joy Horrell, who have a 298ha sheep breeding and cattle finishing operation at Clifden, northwest of Tuatapere.