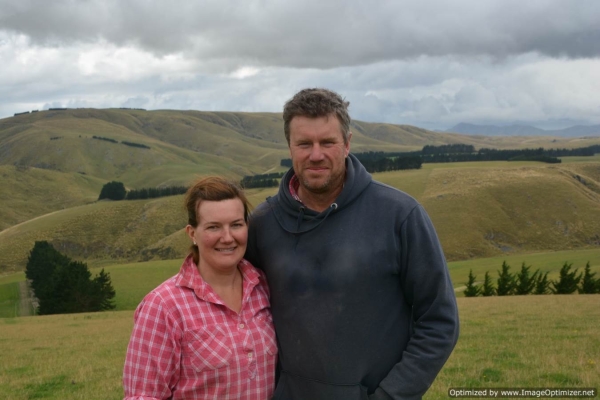 The win was announced at a gala dinner at the Glenroy Auditorium in Dunedin on April 7.

The Engelbrecht’s 7500 stock unit East Otago sheep and beef business is based on their 611ha home farm, Stoneburn, near Palmerston. The couple have four children, Oscar, 19, Sam, 16, Anna, 14 and Charles, 12.

The awards judges said the family operates as a strong united team with a clear passion for farming. “Simon and Kirstin and their children have an incredibly high work ethic.”

The award judges highlighted the strength of the Engelbrecht family unit and how Simon led from the front, describing him “an incredibly hard worker and natural stockman”. They were impressed with the clear and open communication between Simon and Kristin and the wider community, a farm safety policy which was “lived and breathed” not just a plan on paper and a demonstrable community and industry commitment. 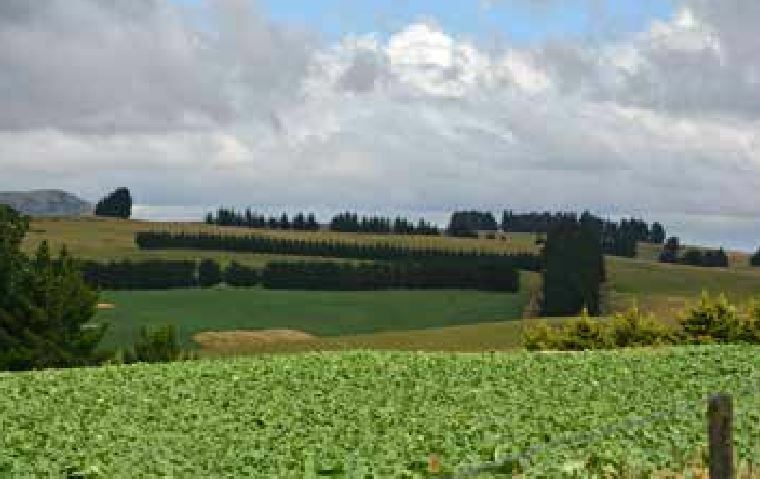 Simon and Kirstin purchased Stoneburn, a rolling hill country property with steep faces and gullies, in 2005 and in 2014 added a 28ha coastal lease block and purchased Goodwood, a 185ha farm with similar contour to Stoneburn, 20 minutes towards the coast from home.

Simon began farming at 19, when he borrowed 100 per cent to lease a property. He is unequivocal about their approach to farming – “we do things to a standard not a price” – and the judges noted the high production being achieved on this class of land amply reflected this. The judges said the stock was in good health and performance was exceptionally high.

“The quality of genetics, the level of feeding and attention to detail in all areas of livestock production is outstanding.”

This winter Simon is planning on running 3700 coopdale ewes, 1200 hoggets, 1430 fattening lambs, 120 breeding heifers and cows, 176 R2 fattening cattle and rams and bulls for breeding. However, a key to the Engelbrecht’s farming policy is a willingness to make changes to ensure production is maximised and the soil and environment is protected.

Flexibility is the key, Simon says.

“The priority is to make sure each class of stock is fed the optimum amount at the optimum time.” Around 80ha of swede and kale is grown for winter crop annually. Grazing is managed to mitigate sediment run-off.

Direct drilling is used as a risk mitigation tool on exposed paddocks, especially in dry years. Swede crops are established through cultivation followed by direct drilled kale then back into pasture.

The awards judges noted the best practice management to reduce sediment runoff and protect soil structure. Simon says they don’t hesitate to take stock off crop if very wet, seeing it as important to “do the right thing”.

There is a QEII National Trust covenant over 2ha of bush in a steep gully on Goodwood and Simon and Kirstin plan to retire and native plant a further area of unstable ground.

“It is a special place. You drive up a dead-end metal road, there’s native bush on the farm and it’s very private and quiet. From the top you can see out across the sea to the Otago Peninsula. The first time we drove in we thought, that’s pretty cool. I still think that every day when I go there.”

As well as the Engelbrecht’s two awards, seven other category awards were announced at the dinner.