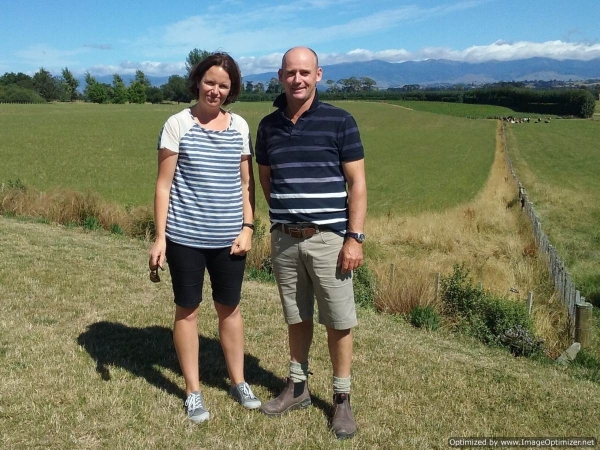 The win was announced at a gala dinner at the Carterton Events Centre on Tuesday April 11 and they will host a field day on Thursday May 4.

Nathan and Kate’s arable and sheep and beef finishing business spans both sides of a section of the road to Castlepoint, about 4km east of Masterton.

Most years the 335ha farm’s income is split around half and half between their crops and livestock. They are flexible in what they grow, basing their decisions on the market, contracts available and climatic conditions. However, core crops in recent years have been ryegrass and red clover for seed, barley and peas. Around 35ha is cut for silage each year and turnips are an autumn feed crop for lambs.

Each winter they take in hoggets to graze until late spring. Between 3000 and 6000 lambs are continually purchased and finished throughout autumn, winter and spring annually. They buy in between 180 and 240 weaner cattle each autumn which they aim to finish by the following May, thus ensuring soil compaction is avoided with the heavier animals gone before winter.

The awards judges said Otahuao Farm was run by a strong couple whose combined skillset and industry knowledge has developed this “exceptional example of dryland farming”.

The judges also wrote Nathan’s passion for managing the soil resource was abundantly clear and has, combined with good financial decision making, led to the business’ success. 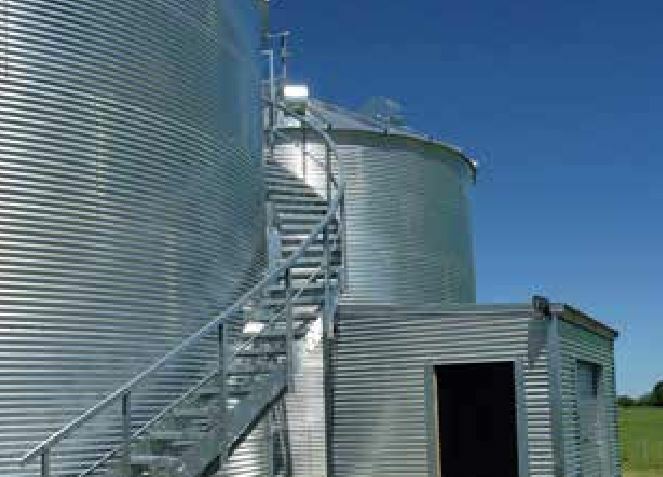 Three generations live on the property. As a Lincoln University graduate, Nathan began farming in partnership with his father and brother in 1998. In 2009 this was dissolved amicably and Nathan and Kate, a Victoria University graduate and former banker, formed their current entity.

The couple have four children – Toby, 11, Sophie, 9, Hugo, 7, and Monty, 3, who have a direct route to their grandparents’ via a road underpass Nathan and Kate have recently installed.

Nathan’s parents, Jim and Jill, who purchased the land in 1968 when it was “several large paddocks containing stumps and rushes”, are on the 100ha mainly hill portion of the farm. Nathan and Kate lease this and own the flat to rolling 235ha of the property and run the whole farm as one unit with the help of valued staff member Phil Clout.

There are established trees and shelter belts on the farm, most of which Nathan recalls planting and caring for with his family as he grew up. He particularly enjoys that family planting is now a three-generation affair.

“Toby even gets to use his great grandfather’s special spade, which my father still has,” Nathan says.

Recently they have been concentrating on getting natives established along the Whangaehu River, which is the western boundary of the farm.

There are limestone springs on the farm’s hill block with water reticulated for stock. There is fencing and native planting around the main springs. Down on the flats, too much water can be a problem with flooding susceptibility in spring. Retaining top soil in these flood events is a priority, mitigated by their no-tillage policy minimising run-off and grazing management that sees stock spread out on the hills in wet weather. 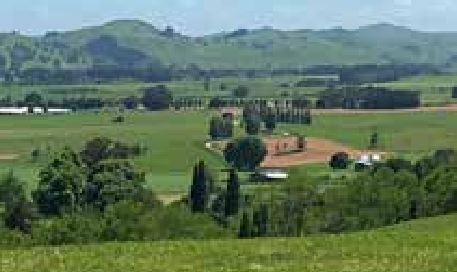 There has been no cultivation on Otahuao for 20 years. The farm was a site for some trialling of the Cross Slot seed and fertiliser drill and this no tillage system has been used exclusively there since the Williams’ purchased a Cross Slot drill in 1998.

“Everything revolves around the soil, it is the essence of our lives. We are pretty proud of our soil structure now,” Nathan says.

The judges said the Williams’ soil conservation practices had resulted in resilient soils enabling frequent and more productive cropping cycles without damaging the soil structure and mitigating the risk of flood damage.

This season the Williams have partnered with their neighbours to buy a Claas Lexion harvester with tracks instead of wheels to minimise soil compaction and damage.

The Williams say they are constantly aware of their carbon levels, natural drainage, organic matter, the quality of the soil structure and worm numbers. A spade is always carried on their farm bikes so soil can be checked, especially in spring.

“We dig a lot of holes,” says Nathan with a grin.

As well as the three awards won by the Williams, six other category awards were announced at the dinner – four of them by Mike and Liz McCreary, Kumenga Farm.

The McCrearys annually finish around 30,000 lambs and up to 1500 bulls and crop on their 628ha (540ha effective) property on the south eastern shores of Lake Wairarapa. They bought the farm from Mike’s parents in 2008.