The win was announced at a gala dinner at the Rydges Latimer Christchurch on April 5.

Stonyhurst Partnership, entered into the awards by John, Peter and Charles Douglas-Clifford, is a 22,000 stock unit sheep, beef and deer breeding and finishing property reaching inland to Greta Valley from the coast at Motunau.

Brothers John and Peter Douglas-Clifford have been farming Stonyhurst together for close to forty years. John and Robyn Douglas-Clifford’s eldest son Charles came home in 2012 and now has control of the day-to-day operation of the farm together with wife Erin. They have son George, 4, and daughter Lilly, 1. Peter and his wife Fiona also live on Stonyhurst and their adult children, like Charles and his siblings, grew up there.

Their forebear Charles Clifford, who played a prominent role both politically and agriculturally in colonial New Zealand, took up the original land lease in 1850.

The award judges described Stonyhurst as an aesthetically stunning farm where management decisions had been focused on the preservation and enhancement of natural resources alongside successful commercial farming. 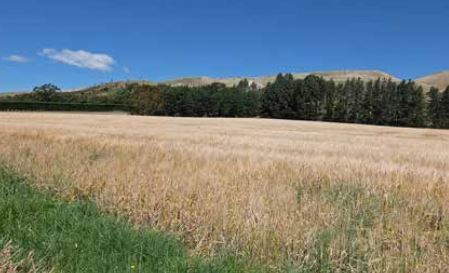 The judges wrote: “Overlooking the Pacific, the farm features stands of native bush which are protected and valued. Ongoing planting and protection programmes ensure the farm will continue to improve for future generations.”

At the heart of the operation is the station’s 10,000-head flock of half-bred ewes with a stable bloodline blend tracking back to the Lincoln and Merino breeds. They usually expect to finish at least 80 per cent of their lambs. New Zealand Merino Company contracts are utilised for the sale of wool which has a favourably narrow micron range of between 22 and 26 micron for ewes.

Rainfall is traditionally 950mm a year, however in the past three years they have received less than half that annually.

Formerly an all-grass system – pits of 15-year-old silage and good grain storage ability have greatly assisted through the present long-running drought – they are currently running a fodder beet trial.

They run Hereford/Angus-cross breeding cows with all cattle finished including some in a long-established techno system to minimise pugging. They have the expectation that bulls will grow to prime, a 300kg plus carcass, at between 14-20 months.

The deer herd was established in the 1980s through capture of available wild deer. In the past four years European Red terminal stags have been introduced from the Wilkins in Southland. All deer are finished on the property. 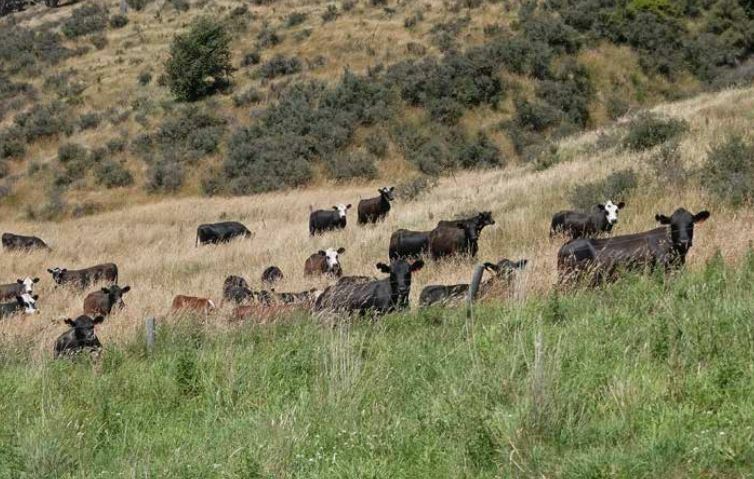 The judges noted the livestock fit the class of country and care is taken to ensure cattle and deer don’t damage soils.

In the centre of the property there is a 200ha area of fenced native bush and more recently attention has turned to gullies and riparian areas being protected from stock.

Around 95 per cent of the paddocks have reticulated water troughs which the judges highlighted as “noteworthy, particularly for such a large property”.

Succession is secured with the recognition the long-term ownership of the land rests with family members and the farming business partnership leases the land. Charles, who had a seven year career in banking before travelling and then coming home, says it is a great pleasure to know his and Erin’s children will grow up “enjoying everything that I enjoyed about growing up here”.

The judges concluded: “The family – two brothers and a son – work together well. They take enormous pride in their farm, and its history.”

As well as the Douglas-Clifford’s three awards, six other category awards were announced at the dinner.