Jared and Sue’s win was announced at a gala dinner at ASB Baypark at Mt Maunganui on Friday night, where they also won the Ballance Agri-Nutrients Soil Management Award, LIC Dairy Farm Award and a Bay of Plenty Regional Council Environment Award.

The Awards judges said the couple work to each other’s strengths with Jared’s on-farm ability with livestock, pastures and stewardship and accountant Sue’s analytical abilities. They said the Watsons show enthusiasm and passion for all aspects of their business including sustainable dairying and “doing the right thing” by the environment.

At any time of year, floods can inundate up to 80 per cent of the Waiotahe Valley property, which is just 20 metres above sea level in a valley with a river running through it – a challenge Jared manages with a no-pugging policy and two loafing pads and a feed pad. As well as river flats, the farm includes a moderate to steep runoff block.

Ninety five hectares of the effective milking platform is owned by Jared’s parents Kent and Cherry Watson. Sue and Jared lease 25ha to the dairy unit and carry 54 R1 and 21 mixed-age beef cattle on the remainder of their 74ha block, which also has a 15ha block of native bush. A 10ha support block is also leased nearby and grows maize, lucerne and winter oats.

The 2015/16 season yielded 109,561kg milk solids with 260 mixed age cows (1095kg/MS/ha). While production has dropped with the move to once-a-day milking this season, the change has renewed Jared and Sue’s energy for dairying. 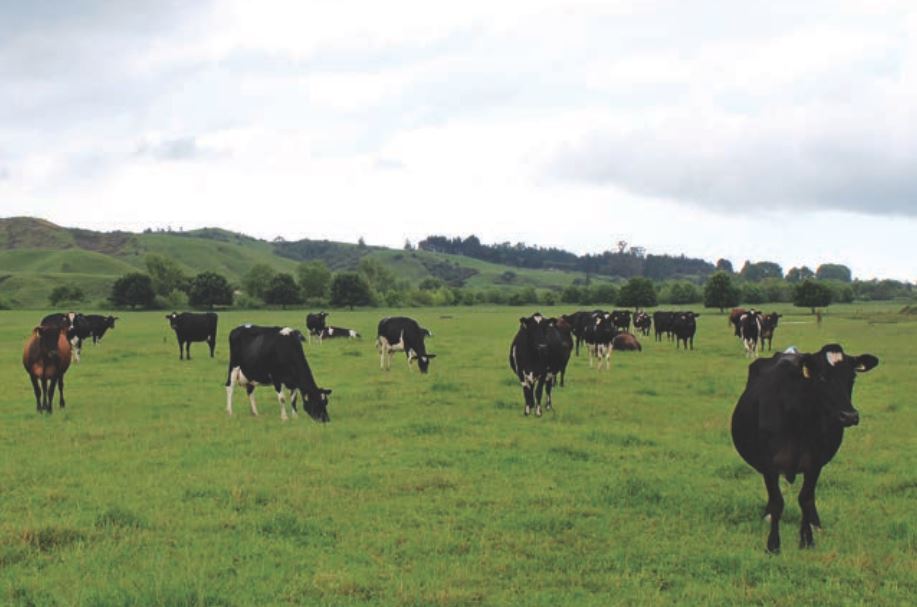 “I’m pretty enthusiastic about how well it is going and the huge positive impacts it’s had on our lives. Before we changed to once-a-day this season I was seriously wondering how many more years I could keep dairying – now I’m enjoying farming again,” Jared says.

“The cows still get moved several times each day but shifting them takes way less time than milking. Calving was much easier too – in fact I enjoyed it this season,” says Jared who is assisted by full-time employee Adam Rowson and Alan Thoresen part-time.

Sue is a financial accountant in Whakatane. She says her off-farm income and the support of Jared’s parents have been instrumental in the success of the change to once-a-day milking. It has also enhanced family life for them and their sons Luka, 12, and Niko, 10.

“Jared no longer has to rush off for the afternoon milking and he’s so much more relaxed.”

The change of farming practice had reduced costs and resulted in healthier, happier humans as well as cows, said the judges.

The Watsons have stopped feeding palm kernel with maize and lucerne now grown on a neighbouring lease block and chicory incorporated into the grazing round on the milking platform. 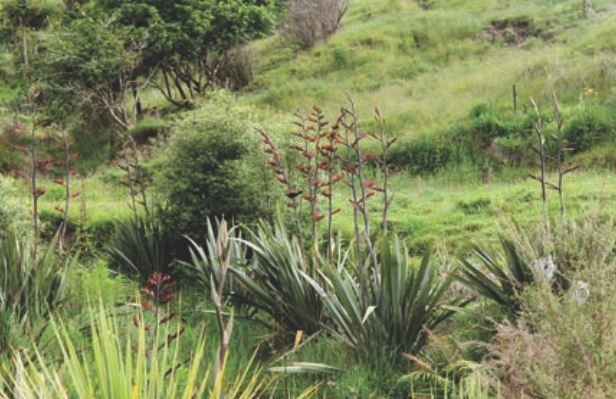 Sue and Jared have more time to focus on the environment and continuing the tradition of planting trees begun by Jared’s great grandfather. They are the fourth generation to farm the Waiotahe Valley property and live in a restored family home built in 1888.

The farm features many native and exotic trees which provide shelter and shade and beautify the property. The drains on the farm are well managed, fenced and planted. Maintaining the water plants and dense vegetation on the banks has reduced nutrients in the water and provides habitat for fish, birds and insects.  The run off adjacent to the dairy platform also has retired and well planted areas.

Significant thought has gone into the nutrient programme: the use of foliar N and the fertiliser policy has resulted in a more diverse, deeper-rooted sward. Jared has a good understanding of the soil types and soil testing is carried out biennially.

Stock are in good condition and knowledge of the dairy herd’s breeding is a clear strength.

A number of other category awards were announced at the Bay of Plenty Ballance Farm Environment Awards.

More information about the awards is also available on www.bfea.org.nz