You are Here: Industry News / General / Water No Longer Scarce On The Port Hills

Water No Longer Scarce On The Port Hills 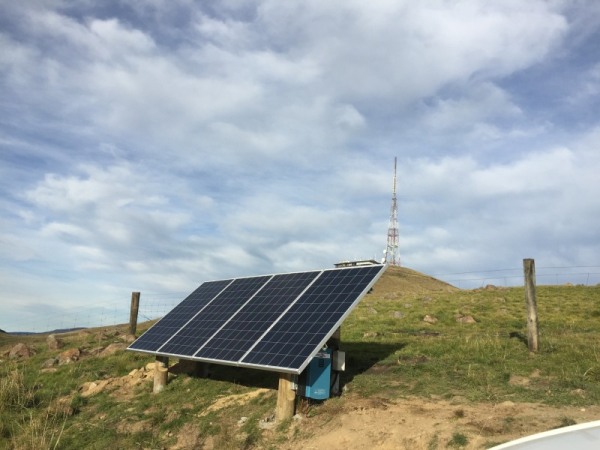 The Port Hills above Christchurch are often tinder dry so improving access to water for stock and recreational users is a high priority for the city council.

WaterForce was recently asked to install a new 3.3km pipeline along Summit Rd and an extra 25,000L storage tank to help improve the stock water network and provide future drinking water and toilet facilities along the popular Rapaki Track.

“After the fires there was no water up here at all. The dams were sucked dry by helicopters filling their monsoon buckets so the council has had to truck water up here every week to try and replenish the supply.”

Water is pumped up to the Sugarloaf from a council reservoir in Victoria Park to four 25,000L tanks which were installed three years ago. The new pipeline now carries that water another 40m higher to a new storage tank which was airlifted into place using a helicopter.

“From that tank we can gravity feed pretty much the whole of the Port Hills. Getting stock water going will make life a lot easier for the farmers who lease this land, and having access to drinking water will also improve things recreationally as well.”

To keep costs down, WaterForce has installed four solar panels beside the existing storage tanks to power a submersible pump which then pumps water along Summit Rd to the new tank. The pipeline has also been strapped to the fence line along Summit Rd for now rather than trenched underground. Eventually the road surface will be dug up and the pipe re-laid but it will be a costly exercise due to the tough terrain.

“It’s not an easy project so our cost-efficient approach has allowed the council to get as much done as possible with the funding available. Getting the water supply going is the main concern and they’re pretty rapt with the result.”

Eventually the council plans to expand the stock water network right up to Godley Head, and WaterForce is looking forward to getting started on the next stage. Watch this space! 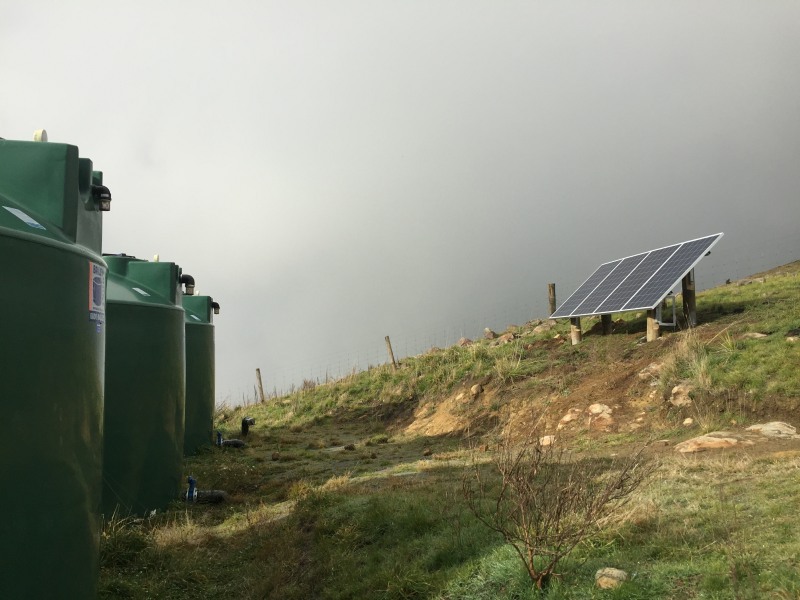 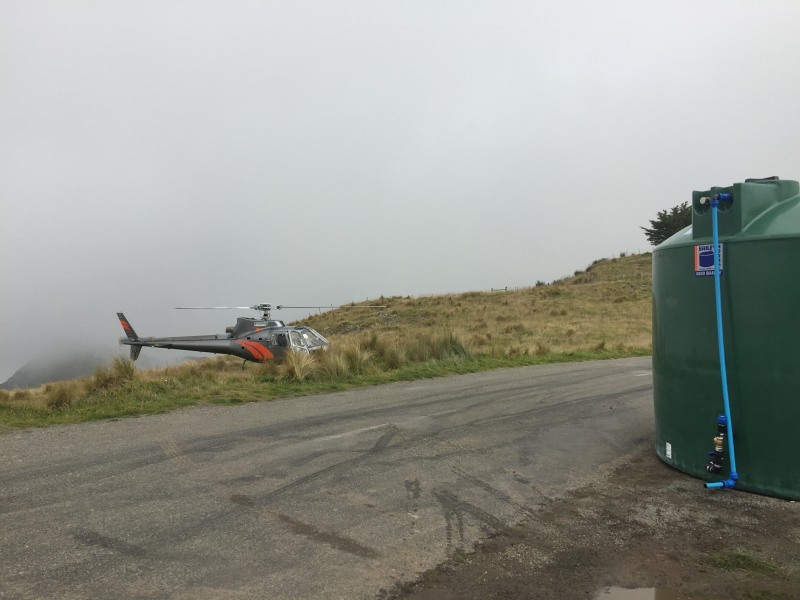