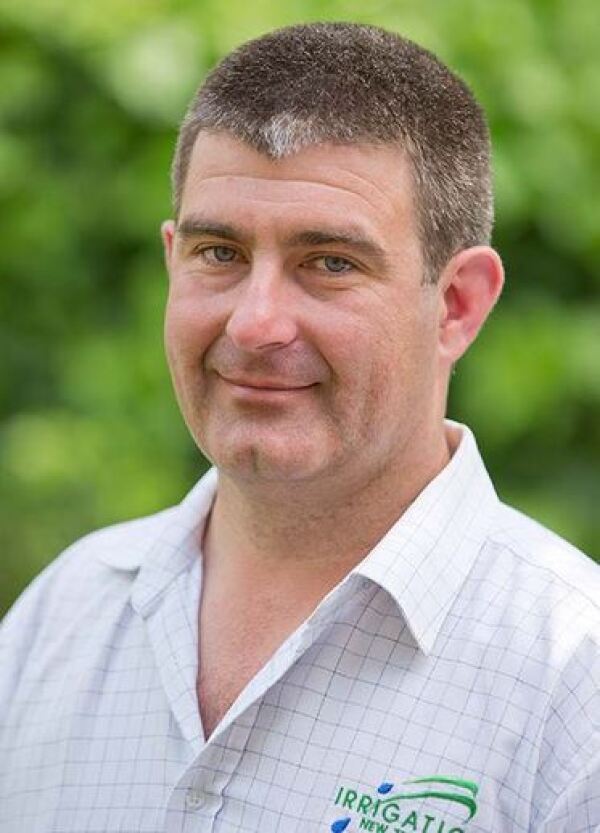 The pressure is now on Government to set up a national data framework to monitor water use, Irrigation New Zealand Chief Executive Andrew Curtis says.

The basics of monitoring irrigation water use are working but the data should be kept up to data for immediate use, thus ensuring more effective use can be made of it by local authorities, a report from the Auditor General’s office says. That could also mean water is used more effectively and waste is cut. Richard Rennie reports.

For the past few years irrigators have been required to use meters recording how much water they have used and give the data to councils.

Until now what councils have done with that information has varied. A recent report from the Auditor General’s office intends to help raise the bar on the use of that information, pushing councils to analyse and use it more effectively for understanding water use now and into the future.

Overall, however, irrigators and councils have been given a thumbs-up for having the meters installed in good time and getting to grips with the volume of data the regulations have bought.

The regulations were introduced in 2010 but did not take full effect until late 2016 when all water takes of five litres a second or more were required to have certified meters.

It appears early fears about councils being unable to handle the volume of data the meters produce were largely unfounded while compliance by irrigators has generally been well met.

That is despite 400 large-scale water users having to be nudged by Environment Canterbury to get on board with meters only days before they became compulsory in 2016.

While 45 received abatement notices ultimately only one was issued an infringement notice.

But when it comes to the data being collected by councils, the report’s criticism focuses on councils needing to work more closely with permit holders to encourage a shift to more automated data logging and ultimately more efficient water use.

Environment Canterbury already has 80% of its permit holders logging water use daily. Marlborough District Council phased out manual recordings in 2014, replacing them with automated data-loggers.

While finding all councils generally have good systems for collecting comprehensive data the office also recommended greater integration of other land use information alongside the water data, which, in turn, could be used to giver irrigators a better understanding of how their system interacts with the dynamics of the entire water catchment-land use area.

In a relatively short time some councils have developed smart tools for helping achieve that.

Marlborough District Council developed eWater, an online tool that shows the complete information for each water permit in what is one of the country’s larger irrigation regions.

The data has also provided the council with a foundation for information events on water use and irrigation efficiency.

The report notes the lack of timely nationwide data, with current information based only on permit and allocation data rather than actual use data.

It wants better co-operation between councils to paint a clearer picture of the country’s water use patterns.

Irrigation NZ chief executive Andrew Curtis said with 99% of water users in the six regions that account for 90% of irrigation consents having meters, the pressure is now on the Government to take the lead on establishing a consistent national data management framework and reporting system to monitor water use.

Last year’s agricultural census data also reported a significant drop in the amount of surface or border-dyke irrigation, down by half since 2012 to account for only 10% of applied irrigation water, compared to UN data showing worldwide 86% of irrigated land uses surface irrigation.