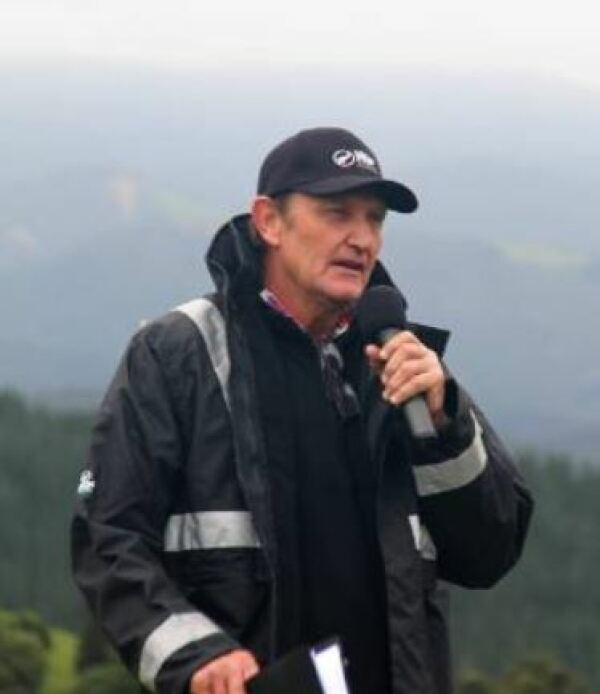 Danks said the benefits of the system, put in by WaterForce, had surprised him.

Exceptional stock performance in tough country is one of Monarae's hallmarks thanks to manager David Danks, winner of the Silver Fern Farms Hawke's Bay Farmer of the Year.

It's the furthest north the title has been given and substantially different country to the breeding properties of Hastings and Central Hawke's Bay that have taken many of the titles over the years.

Putere is 45 minutes west of the northern Hawke's Bay settlement of Raupunga, which is more than an hour north of Napier and half an hour south of Wairoa.

There is a new gravity-fed water system across half the farm, with the other half to be done over the next five years.

"We do have dams up the top of the paddocks but they dry up, so that was the whole idea of this project. It's important to get water up the top so you get even grazing."

Danks said the benefits of the system, put in by WaterForce, had surprised him.

"I was surprised a sheep and a cattle beast will actually walk past a dam and go straight to a trough."

He said they were on the lookout for stock stuck in drying-out dams in November, but there weren't even footprints in the mud.

Soil erosion is an issue on the station, but more from wind erosion than rain.

"This country does slip but pumice country can handle a hell of a lot of rain. We can get four inches and drive over it tomorrow afternoon, safe as houses. We do slip but it's mostly wind damage. The nor-westers hammer us. If there's any part of the country that's open it will be three times as worse after that season."

As well as 170ha of native bush, which includes a block under a QEII National Trust covenant, trees are planted each year for both soil conservation and shelter.

"I want to see trees. Stock do well with good shelter, good water and good tucker."