You are Here: Industry News / General / Safeguarding Your Avocado Investment 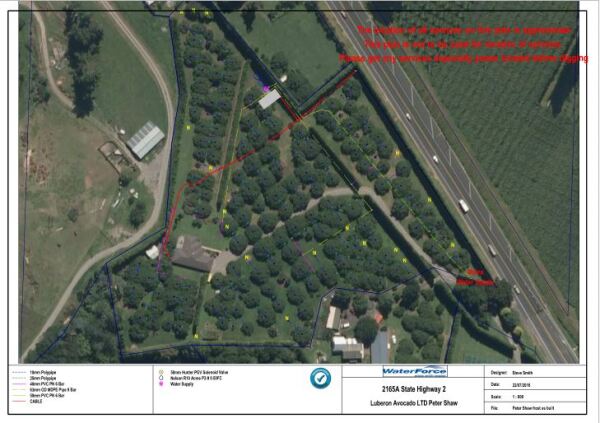 Irrigation and frost protection are two key factors for all orchardists but when you’re new to the industry, there’s a lot to learn and consider.

Peter Shaw turned to WaterForce for help this year after buying a small avocado orchard near Aongatete. With 200 mature avocado trees to look after, he was keen to install both irrigation and frost protection. But the fact he was on town water supply and didn’t have access to a storage pond or bore meant a cost-efficient solution was required.

“Being on a town supply means paying for water per litre,” explains WaterForce project manager Stephen Smith. “So we had to strike a balance between putting enough water on to irrigate and mitigate frost but without it being too costly. Also avos don’t like getting their ‘feet’ (roots) wet, so we had to consider the trees’ health too.”

Sprinklers were installed above and below the trees, and a ‘two pulse’ system was organised to divide the orchard into two zones. Each zone runs for a minute or two before switching over. “This halves the amount of water Peter would otherwise use,” Stephen says.

Three 30,000L storage tanks were also installed as a buffer so enough water is always on-hand, and valves were fitted so Peter can easily switch between his overhead and ground-based sprinklers.

Automation was also high on Peter’s wish list, so WaterForce set him up with Willowbank Frost Watch and Sterling Irrigation Control. “When the temperature falls below a certain limit, Frost Watch sends Peter a text message and the controller turns his frost protection system on. In summer, the Sterling controller will also allow him to schedule his irrigation.” 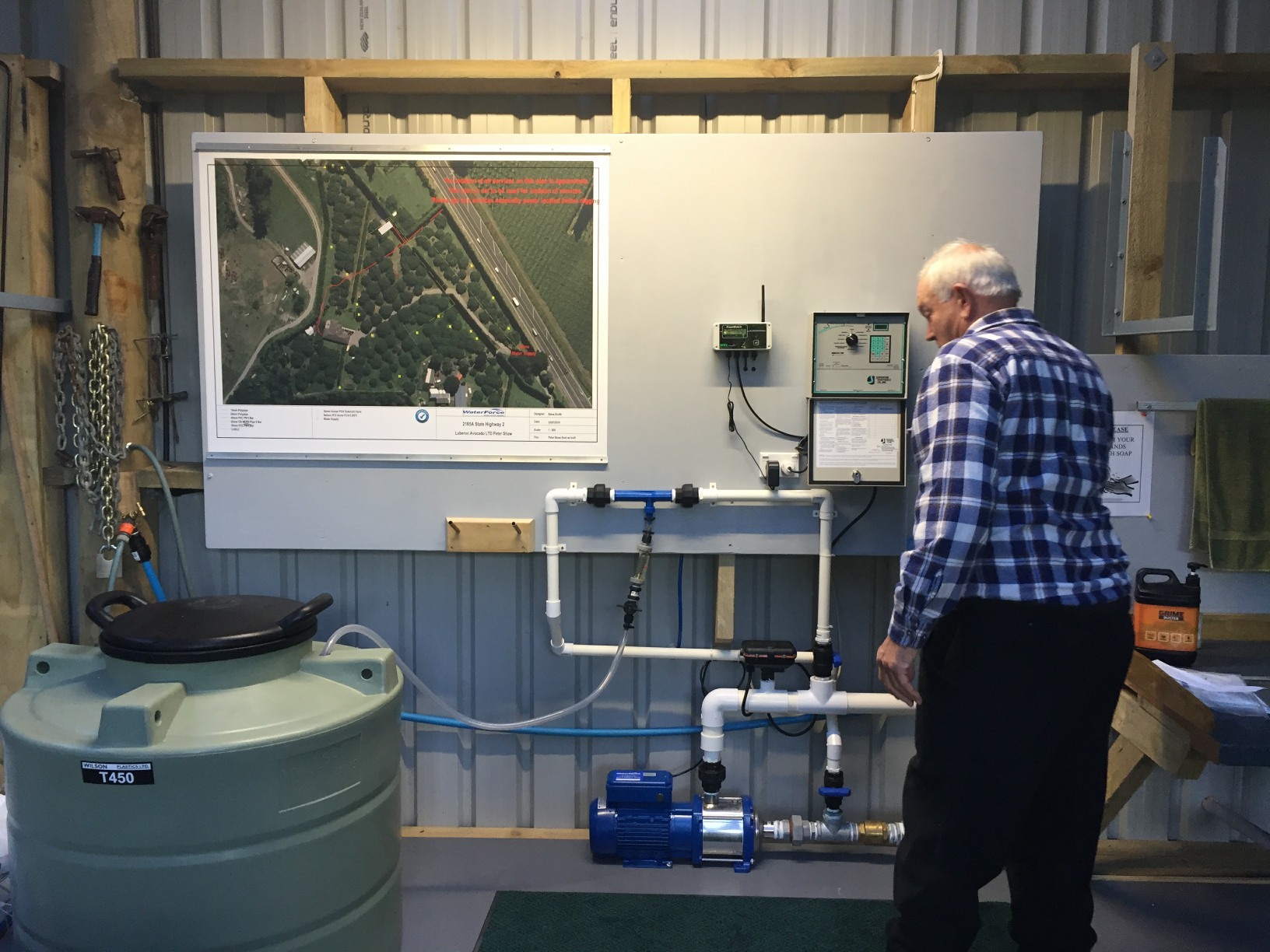 To complete the set-up, a Mazzei Venturi fertigation injector has been installed so Peter can add fertiliser directly into his water supply for distribution through his sprinklers.

“Because he’s new to avocados, Peter is yet to see the full benefits of irrigation and frost protection. But he’s really happy with the work our lads have done. They kept everything nice and tidy too which is just the way he likes it!”