You are Here: Industry News / General / On the farm with the internet of things

On the farm with the internet of things 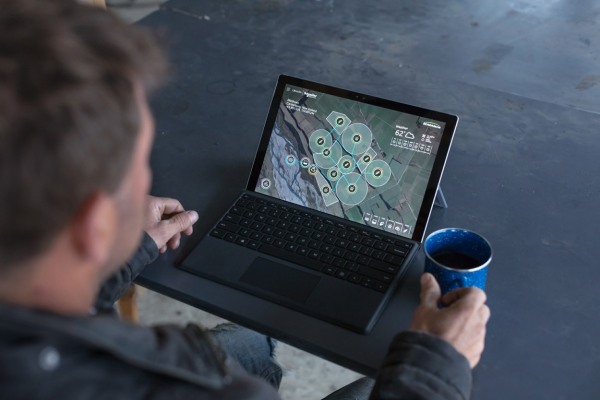 As the demand on water resources in the agricultural industry continues to grow, farmers are looking to technology for more efficient solutions.

One area of significant investment is in precision farming, or the use of data to figure out where and when resources such as irrigation are needed.

According to the Ministry for the Environment, irrigation is by far the largest use of water in New Zealand, making up 65.9 per cent of water use between 2013 and 2014.

For Blackhills Farm director and manager Craig Blackburn, the use of ScadaFarm, an industrial Internet of Things (IoT) product, has allowed him to better monitor and manage the Canterbury farm's water use.

"Every day I adjust my pivots and pumps for a variety of reasons - shifts in the wind, rain levels, crop requirements or local regulations," Blackburn said.

"I can monitor and control my irrigation system easily from my mobile phone, saving me hours of time not spent driving around the farm."

The system was developed with Schneider Electric on Microsoft's Azure IoT platform by WaterForce, a Kiwi irrigation and water management company.

It uses weather forecasts and information from sensors in each of the paddocks to show when irrigation was needed and in which areas, limiting the amount of water used.

Statistics New Zealand shows about 80 per cent of the total irrigated land in New Zealand is in the South Island, and Canterbury and North Otago make up most of this area.

Blackburn said the sheep, beef and crop farm's yields had increased and water use had lowered - a significant bonus in Canterbury, which was often subject to irrigation limits.

"I look at our flow meters and sometimes the machine might be saving up to 50 per cent of its allocated water use," Blackburn said.

Schneider Electric executive vice-president Cyril Perducat said the use of IoT technology and precision farming was a step change in the agricultural industry.

"I don't see this as the future - it's something that is real today," Perducat said.

"We see more and more farmers investing in these sorts of technologies around the world and things in the future are going to be even more interesting as the technology evolves," he said.

"It's just the beginning of a totally new era of doing more sustainable farming and optimising the consumption of resources and the time of the people."

Perducat said most people thinking about IoT focused on consumer applications, for example fridges that could place food orders or heating systems programmed to turn on when a family member was on their way home.

He said the wider applications of the technology were in business solutions such as ScadaFarm that improved efficiency and sustainability.

Decreased use of water irrigation mean less energy was used to pump the water.

Statistics New Zealand shows electricity use has also risen in parallel with increasing irrigation in the past five years. Agriculture accounted for 73 per cent of electricity used according to business performance senior manager Jason Attewell.

"A 19 per cent increase in irrigated land in Canterbury [between 2011 and 2016] reflects the expansion of dairy farming into drier areas," Attewell said.

"Irrigation needs electricity as well as water, and this seems to be what's behind the large jump in electricity use."

Blackhill was one of many farms using the technology, Perducat said, adding that Schneider Electric and WaterForce planned to roll it out to as many farms as possible across the country.

To watch how SCADAfarm has helped Craig, click here