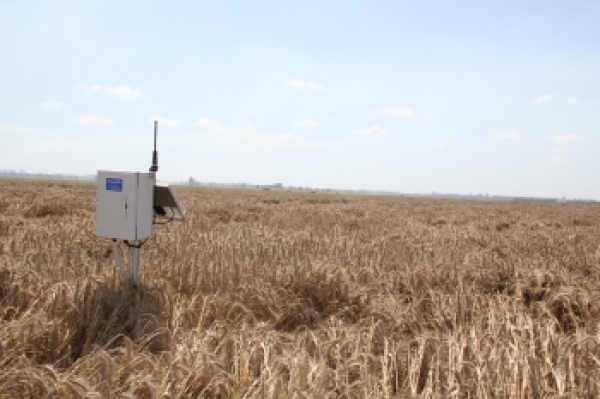 Telemetry and monitoring in action

Eric Watson is a leading farm innovator in the Mid-Canterbury region, having been recognised, along with his wife Maxine, as the Lincoln University/Rabobank farmer of the year for 2006. Eric has installed some of the first linear move irrigators in the country, as well as one of the first installations of Variable Rate Irrigation, a product which is being offered by leading irrigation companies, including WaterForce on Valley irrigators.

Determining the effectiveness of these technologies, both in terms of water saved and cost-effectiveness required accurate monitoring of flow rates, water usage and soil conditions on Eric’s property. This required some innovative solutions to metering challenges, including mounting travelling flow meters and the use of a blend of cellular and radio technology. 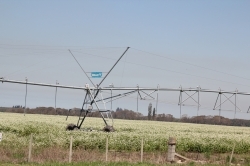 The system had to measure flow rates on two linear move machines which moved in and out of cell phone reception as the irrigators travelled their 600 metres of paddock. Flow meters h ad to be installed in these units without compromising the structural integrity of the machines, as well as being vandal proof. Power consumption was a further consideration, as the units required continuous power, without being able to tap into the on-board power source.

The second part of the monitoring solution required the monitoring of the three groundwater bores used to feed Eric’s irrigation system. These required an integrated approach to ensure that any metering and telemetry installed was compliant with regional council and national requirements, as well as being integrated into the rest of the monitoring system for Eric’s property. Care had to be taken to get this portion of the system right as the legal repercussions of getting the compliance monitoring wrong would be significant in terms of the continuing viability of the operation.

The final portion of the brief was to install two multi-level soil moisture sensors. These had to be capable of being easily installed post-cultivation and then removed prior to harvest and re-cultivation as well as being able to be installed into any point on the property without losing communications. A rapid settling-in period was essential for these sensors as they were to be relocated between seasons.

e installed to replace part of a previously installed system which was not suitable for compliance monitoring or telemetry. The Krohne units could also could control the variable speed drive on the pumps. The Krohne meters were chosen for their longevity, requiring little maintenance over their expected lifespan. The ability to configure a va

riety of outputs from the included IFC100 wall mounted display ensured that the metering was future-proofed to deal with the addition of extra equipment at a later date. The Krohne Optiflux 2000 flow meter has been approved by Environment Canterbury, ensuring no issues with meter compliance would be raised.

One site was chosen to be the gateway site for the rest of the property, through which all other sites would communicate. This ensured reliable connection, as well as keeping data overheads to a minimum. Due to the marginal cell phone reception, a large directional antenna was required to ensure reliable communications between the property and the WaterForce servers. 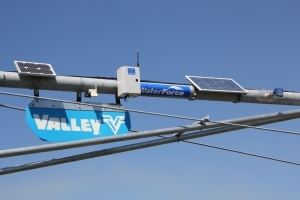 Two insertion electromagnetic meters were installed on sockets welded to the first span of each of the linear move machines. These were chosen as their mounting would not compromise the structural integrity of the span, as well as having low power consumption which was suitable for solar power. These units moved with the irrigator and reported back to the central gateway through a radio link. This was necessary as cell phone reception at the linear units varied from poor to nonexistent depending on the conditions at the time, however, using a radio link back to an area with cellular reception ensured reliable communications.

Two Sentek EasyAG50 soil moisture probes were installed to measure soil moisture at five different levels through the soil profile at two locations on Eric’s property. These probes were chosen as they could be installed with minimal disturbance to the soil profile reducing the time between installation and results. These units were installed into standard WaterForce solar enclosures to allow them to be installed at any location on Eric’s property.

Eric’s system has been operational and producing data since mid-November 2010, allowing the monitoring of water use from each well, along with enabling decisions to be made about the effectiveness of the Variable Rate Irrigation which previously could not be carried out accurately. The installation of monitoring equipment has provided the following benefits:

As well as meeting all the requirements of the brief, choosing a WaterForce monitoring system has ensured that Eric has the capability to expand his system when he chooses to, adding extra sensors and equipment in a cost-effective manner to keep track of his cutting-edge operation from anywhere in the world.

WaterForce flow meters have shown that my Variable Rate Irrigation has been saving up to thirteen litres a second. Without these meters, we would have had no idea…”      Eric Watson.