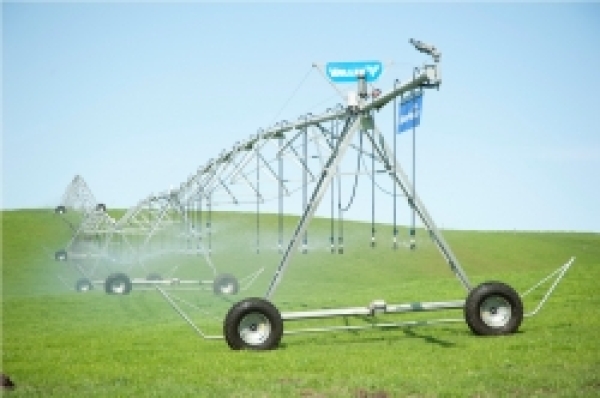 The Parsons family have recently converted 250ha of their Waitotara property into dairy production.  This year they will milk 700 cows and aim to increase to 900 cows over the next two years.  Currently 110ha of the dairy platform is irrigated using two Valley centre pivot irrigators and IrriPOD shiftable irrigation.

The property is situated near the coast on free draining sandy soils.  A key requirement for this dairy conversion was a low labour, low application, simple and reliable effluent management system.  WaterForce were employed to design, supply and install this system. 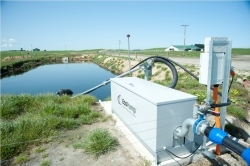 Brief system overview - a large stone trap was installed to prevent stones and grit from entering the effluent system.  From the stone trap the effluent flows via gravity to a two pond system used for solid separation.  From the second pond an EcoPump is used to pump the effluent via separate mainlines to the Valley centre pivot irrigators. 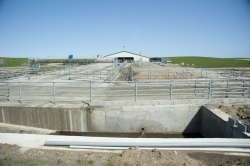 Summary - the system allows effluent water and nutrient to be applied to the land at very low rates to ensurenutrient uptake via the plant is maximised. The system has a low labour requirement and can apply effluent water to nearly all of the 110ha under irrigation.  The EcoPump station meant no pontoons were required and low running costs were achieved.