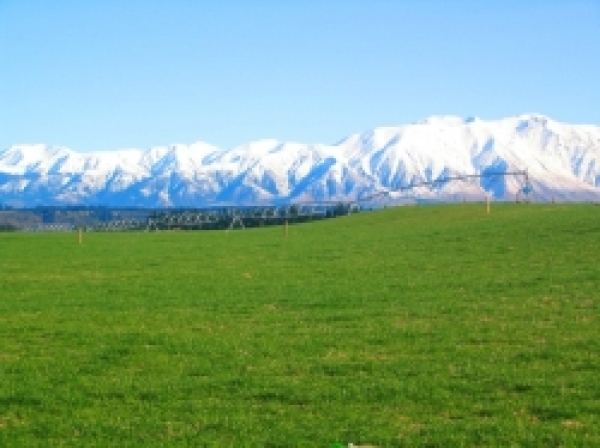 Canterbury Grasslands is situated 60km west of Christchurch near the small rural community of Hororata.  The property of over 2000ha, borders 6km of the Rakaia river and is made up of steep terraces through to flat easy contour.  Formally a dry land sheep/beef farm, with the introduction of irrigation, the property is now dairy.

It was back in September of 2005, when irrigation designer Andrew Panasiuk secured a contract for a new 600m Valley pivot.  With a tight timeframe to have the pivot operating for the coming season, WaterForce came through with a week to spare.  This was to be the beginning of a long standing relationship.

With Canterbury Grasslands in a growth phase, designs were drawn up for a new pumping station and a further nine Valley centre pivots.

The pump station and mainline design had to take into account that there would be up to 10 centre pivots operating at different pressures, on different elevations and had to be able of delivering 30-300 l/sec automatically.  This was achieved by using an existing 185kW pump and the addition of two 90kW prime pumps, one 90kW booster pump and a 15kW pump, all sited as close to the source as possible. In addition to these pump there were also another two booster pumps located at points where extra pressure was required due to elevation changes.

With this system now all in and operating, talks began between Mike Fleming (Canterbury Grasslands, Managing director) and Andrew Panasiuk (WaterForce) for a future development.

Stage two of the development involved another new pumping station to deliver 800l/sec to a further eight Valley centre pivots. 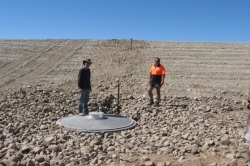 A new stock water and potable water system were also designed and installed in conjunction with the mainline installation. Twin 110mm and 90mm MDPE pipes feed the four new dairy sheds and stock water requirements via a submersible borehole pump.

Effluent dispersal was another area that WaterForce worked together with Canterbury Grasslands to get the best use of this valuable resource.

Today, Shaun Wilson (Manager) and his Canterbury Grasslands team operate 23 centre pivots on the property and would be one of the largest privately owned irrigation systems in New Zealand.

If you put all the pivot spans together they would stretch over 10km! That’s over 2800 wheel nuts and over 60km of stock water piping!